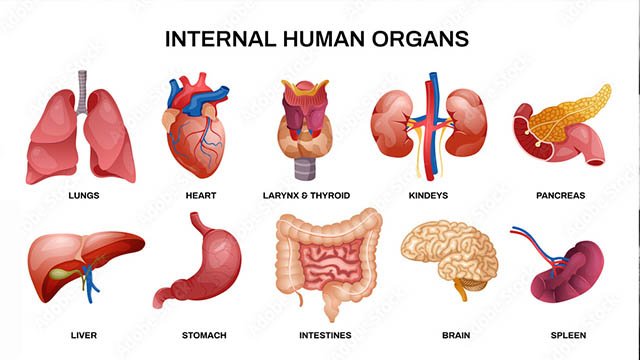 A new paper shows that consuming genetically modified (GM) corn or soybeans leads to significant organ disruptions in rats and mice, particularly in livers and kidneys. By reviewing data from 19 animal studies, Professor Gilles-Eric Séralini and others reveal that 9% of the measured parameters, including blood and urine biochemistry, organ weights, and microscopic analyses (histopathology), were significantly disrupted in the GM-fed animals. The kidneys of males fared the worst, with 43.5% of all the changes. The liver of females followed, with 30.8%. The report, published in Environmental Sciences Europe on March 1, 2011, confirms that “several convergent data appear to indicate liver and kidney problems as end points of GMO diet effects.” The authors point out that livers and kidneys “are the major reactive organs” in cases of chronic food toxicity.

“Other organs may be affected too, such as the heart and spleen, or blood cells,” stated the paper. In fact some of the animals fed genetically modified organisms had altered body weights in at least one gender, which is “a very good predictor of side effects in various organs.”

The GM soybean and corn varieties used in the feeding trials “constitute 83% of the commercialized GMOs” that are currently consumed by billions of people. While the findings may have serious ramifications for the human population, the authors demonstrate how a multitude of GMO-related health problems could easily pass undetected through the superficial and largely incompetent safety assessments that are used around the world.

One of the most glaring faults in the current regulatory regime is the short duration of animals feeding studies. The industry limits trials to 90 days at most, with some less than a month. Only two studies reviewed in this new publication were over 90 days—both were non-industry research.

Short studies could easily miss many serious effects of GMOs. It is well established that some pesticides and drugs, for example, can create effects that are passed on through generations, only showing up decades later. IN the case of the drug DES (diethylstilbestrol), “induced female genital cancers among other problems in the second generation.” The authors urge regulators to require long-term multi-generational studies, to “provide evidence of carcinogenic, developmental, hormonal, neural, and reproductive potential dysfunctions, as it does for pesticides or drugs.”

Nearly all GM crops are described as “pesticide plants.” They either tolerate doses of weed killer, such as Roundup, or produce an insecticide called Bt-toxin. In both cases, the added toxin—weedkiller or bug killer—is found inside the corn or soybeans we consume.

When regulators evaluate the toxic effects of pesticides, they typically require studies using three types of animals, with at least one feeding trial lasting 2 years or more. One third or more of the side effects produced by these toxins will show up only in the longer study—not the shorter ones. But for no good reason, regulators ignore the lessons learned from pesticides and waive the GM crops-containing-pesticides onto the market with a single species tested for just 90 days. The authors affirm that “it is impossible, within only 13 weeks, to conclude about the kind of pathology that could be induced by pesticide GMOs and whether it is a major pathology or a minor one. It is therefore necessary to prolong the tests.”

GMO approvals also ignore the new understanding that toxins don’t always follow a linear dose-response. Sometimes a smaller amount of toxins have greater impact than larger doses. Approvals also overlook the fact that mixtures can be far more dangerous than single chemicals acting alone. Roundup residues, for example, have been “shown to be toxic for human placental, embryonic, and umbilical cord cells,” whereas Roundup’s active ingredient glyphosate does not on its own provoke the same degree of damage. One reason for this is that the chemicals in Roundup “stabilize glyphosate and allow its penetration into cells.”

Furthermore, toxins may generate new substances (metabolites) “either in the GM plant or in the animals fed with it.” Current assessments completely ignore the potential danger from these new components in our diets, such as the “new metabolites” in GMOs engineered to withstand Roundup. The authors warn, “We consider this as a major oversight in the present regulations.”

It’s not the same stuff that farmers spray

Regulators claim that the Bt-toxin produced inside GM corn is safe. They say that the Bt gene comes from soil bacteria Bacillus thuringiensis (Bt), which has been safely applied as a spray-on insecticide by farmers in the past. But the authors insist that “the argument about ‘safe use history’ of the wild Bt protein . . . cannot, on a sound scientific basis, be used for direct authorizations of . . . GM corns,” without conducting proper long-term animal feeding studies.

In order to justify their claim that the wild Bt-toxin is safe, the authors state that it must first be separately tested on animals and humans and then authorized individually for food or feed, which it has not. And even if the wild variety had been confirmed as safe, the GM versions are so different, they must require their own independent studies. The paper states:

“The Bt toxins in GMOs are new and modified, truncated, or chimerical in order to change their activities/solubility in comparison to wild Bt. For instance, there is at least a 40% difference between the toxin in Bt176 [corn] and its wild counterpart.”

Even though the isolated Bt-toxin from GM corn has not been tested on animals, rodent studies on corn containing the toxin do show problems. Male rats fed Monsanto’s MON863 corn, for example, had smaller kidneys with more focal inflammation and other “disrupted biochemical markers typical of kidney filtration or function problems.”

Stop with the dumb excuses

If statistically significant problems show up in their studies, biotech company researchers often attempt to explain away the adverse findings. But the authors of this review paper describe their excuses as unscientific, obsolete, or unjustified.

When male and female animals have different results, for example, biotech advocates claim that this couldn’t possibly be related to the feed. Since both genders eat the same amount, they argue, both would have to show the same reaction in all of their organs, etc. And if the group of animals fed with less of the GMO feed exhibit more severe reactions than the group fed the larger amount, advocates claim that this discrepancy also means that the GMOs could not be the cause, since there must always be a linear dose relationship.

The authors of this paper, however, point out that effects found in a GMO animal feeding study “cannot be disregarded on the rationale that it is not linear to the dose (or dose-related) or not comparable in genders. This would not be scientifically acceptable.” In fact, most “pathological and endocrine effects in environmental health are not directly proportional to the dose, and they have a differential threshold of sensitivity in both sexes. This is, for instance, the case with carcinogenesis and endocrine disruption.”

What’s the culprit, pesticide or plant?

The shortcomings of the feeding studies make it impossible to determine whether a particular problem is due to the added pesticide, such as Roundup residues or Bt-toxin, or due to the genetic changes in the modified plants’ DNA.

Similarly, rats fed Roundup Ready corn showed indications that their kidneys leaked. Such an effect “is well correlated with the effects of glyphosate-based herbicides (like Roundup) observed on embryonic kidney cells.” Thus, the rats’ kidney problems may also be caused by the Roundup that is accumulated within Roundup Ready corn kernels.

In addition to the herbicide, the Bt-toxin insecticide produced inside GM corn might also cause disorders. The authors state, “The insecticide produced by MON810 [corn] could also induce liver reactions, like many other pesticides.” Studies do confirm significant liver changes in rats fed Bt corn.

On the other hand, “unintended effects of the genetic modification itself cannot be excluded” as the possible cause of these very same health problems. The process of gene insertion followed by cloning plant cells (tissue culture) can cause massive collateral damage in the plant’s DNA with potentially harmful side-effects. In MON810 corn, for example, the insertion “caused a complex recombination event, leading to the synthesis of new RNA products encoding unknown proteins.” The authors warn that “genetic modifications can induce global changes” in the DNA, RNA, proteins, and the numerous natural products (metabolites), but the faulty safety assessments are not designed to adequately identify these changes or their health impacts.

In addition to the shortcomings mentioned above, the paper shows how GMO feeding trials are “based on ancient paradigms” with “serious conceptual and methodological flaws,” employ statistical methods that obscure the findings, add irrelevant control groups that confuse and confound the analysis, and rely on numerous assumptions that either remain untested or have already proved false.

Unlike drug approvals, biotech companies do not conduct human studies. They would therefore fail to identify both general human health reactions, and the potentially more serious ones endured by sub-populations. “If some consumers suffer from stomach problems or ulcers,” for example, the paper states, “the new toxins will possibly act differently; the digestion in children could be affected too.” The paper recommends the implementation of post market monitoring, which, among other things, “should be linked with the possibility of detecting allergenicity reactions to GMOs in routine medicine.”

But even if authorities wanted to conduct epidemiological studies on GMOs, the authors acknowledge that they “are not feasible in America, since there is no organized traceability of GMOs anywhere on the continent.” Not only is labeling of GMOs urgently needed to allow such studies to proceed, the study says:

They also point out that “even if pesticides residues or DNA fragments are not toxic nor transmitted by themselves” nevertheless, “nobody would want to eat disabled or physiologically modified animals after long-term GMOs ingestion.”

“New experiments,” they concluded, “should be systematically performed to protect the health of billions of people that could consume directly or indirectly these transformed products.”

In the meantime, for those not willing to wait for the new studies, we recommend consulting the Non-GMO Shopping Guide at www.NonGMOShoppingGuide.com.