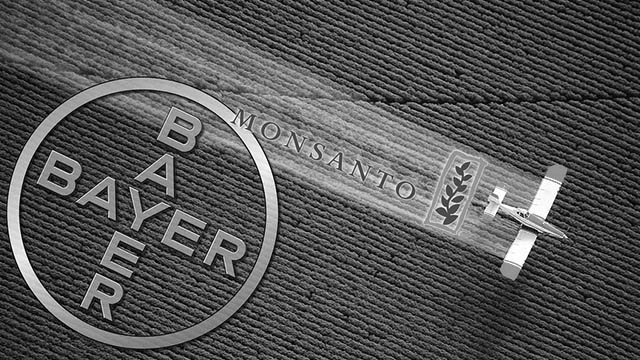 Monsanto has been squirming since the World Health Organization classified glyphosate, the active ingredient in their hallmark herbicide Roundup, as a PROBABLE human carcinogen. The body which made the determination is designed to do just that, and yet Monsanto and their friends in high places unleashed a barrage of the usual criticisms claiming that the WHO was out of step with science. A new paper in the glyphosate series by Anthony Samsel and Stephanie Seneff shows that it is Monsanto who is out of step, and how their own studies demonstrated unqualified links to cancer for over 30 years.

Entitled “Glyphosate, pathways to modern diseases IV: cancer and related pathologies,” the authors utilize the data from Monsanto’s own studies that had been sealed by the EPA. Samsel’s freedom of information requests pried them out of the EPA’s files, and demonstrate that glyphosate fed to rats produced tumors and cancers throughout the organ and glands in the animals.

Similarly, many types of cancers, including thyroid, liver, bladder, pancreatic, kidney, and myeloid leukemia have risen in the US population in parallel with their increased exposure to glyphosate in the food supply. Its use since the mid-1990s has skyrocketed three different ways.

Citing nearly 250 studies, Samsel and Seneff tease out the biochemistry that shows just how glyphosate can explain these cancers. The chemical, it turns out, makes all-important trace minerals like manganese unavailable—thereby cutting off key metabolic pathways that rely on them to function. Glyphosate also is an antibiotic, killing off beneficial gut bacteria like lactobacillus and bifidobacterium; these and other bacterial casualties of glyphosate are needed by the body to produce other key components for a multitude of reactions. And glyphosate also damages the mitochondria and throws off the delicate balance of the hormonal systems.

As the authors connect the dots between glyphosate and numerous types of cancers, they also demonstrate how the same disruptions are likely contributing to a whole host of other diseases, including autism, diabetes, kidney disease, and fatty liver disease. Most of these and others are highlighted in the previous three papers in this series by Samsel and Seneff. A videotaped interview of Dr. Seneff shows the links between glyphosate a more than a dozen diseases. A second interview discussing the second paper in the series focuses on gluten sensitivity and kidney failure as outcomes of glyphosate exposure.

In the current cancer paper, the authors reveal at least two methods that Monsanto uses to explain away the serious health issues in their laboratory animals. The first is ignoring the low dose effects. It is well known that a certain class of chemicals called endocrine disruptors have a curious counter-intuitive property where their greatest damage to the hormonal system comes at tiny doses. In fact, as the amount of these chemicals increases, the hormonal effects decrease.

In Monsanto’s studies, it was often the low dose of glyphosate that had the biggest impact on the gland, organ, or prevalence of tumors. Armed with the false concept that “The dose makes the poison,” Monsanto researchers flatly ignored findings where a lower dose had a larger effect than a higher dose. While some may rush to defend Monsanto claiming that the low dose endocrine effects were not understood in the 1970s and 80s, when many of these findings were reported, there is no defending the company at this point. They had the data in their files since then, and the low dose endocrine disruption effect has been widely understood for at least the past 14 years. Understood, that is, by the scientific community other than those who work for the companies that produce endocrine disrupting chemicals. And oddly, it is also not understood by the government regulators who don’t require those same companies to even test for this effect. Hence the EPA in the US and EFSA in Europe waive chemicals like glyphosate onto the market without evaluating whether they’re messing up our sex hormones, or thyroid hormones, or any of the many key hormones that we rely on for staying healthy.

Once Monsanto saw the low dose effects of their chemicals on lab animals, they conveniently stopped testing the low dosage in subsequent animal trials.

Perhaps even more egregious is Monsanto’s use of “historical controls,” an unscientific method used to pretend that we can ignore even serious evidence of harm. According to real science, you design an experiment to compare an experimental group with a control group under the same conditions. In a rat study, for example, you raise the rats on the same food, same water, same environmental conditions, and even selecting the same type of rat for both groups. That way, you can isolate the variable you want to test. In Monsanto’s case, they varied only the amount of glyphosate in the diet. The controls got zero, and various experimental groups got one of several dosage levels.

According to the Samsel/Seneff paper, the animals that received the doses of glyphosate had a far greater number of lymph node and thyroid cancerous tumors than the controls. The results were clearly statistically significant.

In order to make the findings disappear, however, Monsanto deployed its research staff to comb through other animals studies, looking for cases where the control groups also had a high level of cancers (or whatever the disorder is in question). They simply claim that because some other group of rats in a lab with completely different conditions and diets showed an equivalent number of problems as the group of animals that were fed glyphosate, we can ignore the findings altogether.

Real scientists condemn this practice as completely inappropriate. Numerous studies have shown that controls are sometimes subject to contaminated diets or other environmental conditions that make their number of tumors, for example, far from normal. They say, why would one even do an experiment according to the scientific method, which requires careful attention to keeping the conditions the same for the experimental group and the controls, if you are just going to throw out the results by finding rats in other studies to compare results with.

In fact, a study by Robin Mesnage entitled “Laboratory Rodent Diets Contain Toxic Levels of Environmental Contaminants: Implications for Regulatory Tests” discovered that the normal diets of lab animals, both control and experimental, are contaminated with GMOs, glyphosate, heavy metals, and other toxins. This raises questions about all the animal studies being conducted, especially those testing GMOs and glyphosate.

It is unclear what contaminant may have been in the experiments used by Monsanto as “historical controls,” but as Samsel says, “…through the dishonest magic of comparing the findings to data from unrelated historical controls, they were explained away as a mystery and deemed not to be related to the administration of glyphosate.”

Unfortunately, while scientists worldwide condemn the use of historical controls, once again, the manufacturers of toxins and their regulators cling to this practice and rely on it for approving chemicals that would otherwise never be allowed on the market.

For key points found in the Samsel/Seneff paper on Cancer, see the following summary:

There is strong evidence to suggest that glyphosate operates through two key features known to be associated with carcinogens: 1) causing DNA damage, and 2) oxidative stress. Samsel and Seneff focused on examining evidence that glyphosate can cause DNA damage. One hallmark of tumor and cancer cells is cell cycle disruption, which was found in every glyphosate formulation study on sea urchins. A study of the DNA of children living near rice paddies in Malaysia found chromosomal breakage attributed to pesticide exposure. Glyphosate use in Sri Lanka was linked with widespread kidney failure among young agricultural workers in the rice paddies, which led to the 2015 ban on glyphosate in the country.

The highlights of Samsel and Seneff’s sections on various types of cancer are: