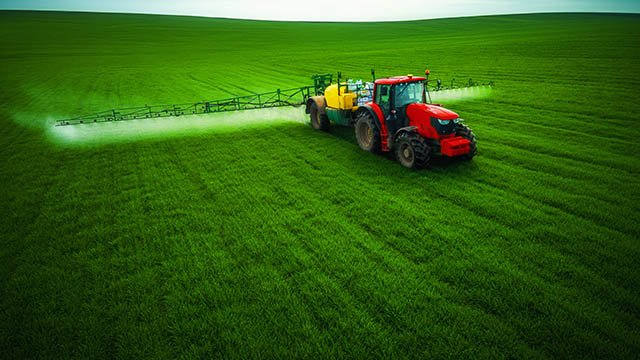 If you’ve had a strong gut feeling that GMOs are bad for you, here’s another reason why. In recent years, millions of health-conscious consumers have jumped on the probiotics bandwagon, ingesting a wide spectrum of “good” gut bacteria in the form of nutritional supplements and fermented foods such as yogurt, kefir, kimchee, and miso. Acidophilus and Bifidus have become such household words that many food manufacturers are now gearing advertising in this direction, extolling immune system benefits such as good digestion and bowel regularity.  Now, thanks to the widespread use of Monsanto’s herbicide Roundup on millions of acres of food crops, the one hundred trillion beneficial microorganisms that reside in our digestive systems are at risk. According to two research studies published in the past six months, glyphosate-based chemicals such as Roundup are on the attack in our guts.

The journals Anaerobe and Current Microbiology have confirmed that glyphosate suppresses the growth of healthy bacterial populations, which are highly susceptible to the chemical’s toxic effects. On the other hand, extremely pathogenic organisms are encouraged to proliferate, not only because they are resistant to glyphosate, but because the beneficial bacteria which ordinarily keep them in check are now gone. What’s more disturbing, these effects occur not only in humans, but in cows and chickens as well.

One study found that “the normal intestinal microflora is a critical factor in preventing intestinal colonization” by the organism that produces deadly Botulism toxin, the most acutely poisonous substance known to man.  In addition, researchers theorize that “the ingestion of strong biocides like glyphosate could be an explanation for the observed increase” of Botulism-associated diseases that have been afflicting German cattle over the last 10-15 years. As humans and animals alike continue to absorb ever larger quantities of Roundup herbicide from both their diets and environment, one thing seems clear: that GM agriculture will be a contributing factor to the alarming increase, worldwide, in infectious diseases that are resistant to conventional antibiotics.