Across the Board, European Farms Planting Non-GMO Seeds More Successful than GMO Crops in the U.S. 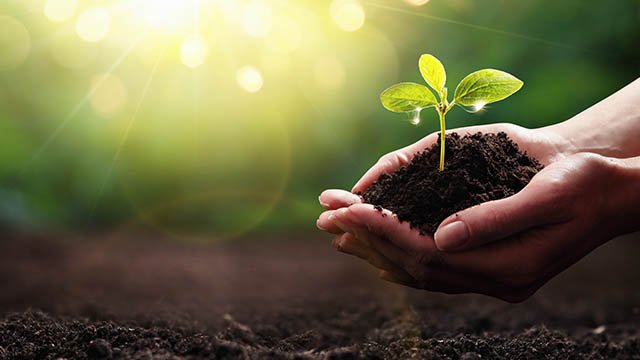 On its website, Monsanto uses the slogan “Producing more, Conserving more, Improving Lives” and celebrates the five-year anniversary of its 2008 Sustainable Yield Initiative.  Calling itself a “sustainable agriculture company…developing better seeds and systems to help farmers with productivity,” the biotech giant boasts that, despite anti-biotechnology activist claims to the contrary, “GM crops generally have higher yields due to both breeding and biotechnology.” Currently, the adoption of genetically engineered soybeans (94% by 2011), corn or maize (88% by 2011), cotton (94% by 2012) and canola or rapeseed (95% in Canada by 2009) has reached near saturation in North American agriculture.

On its “Conserving More” webpage, Monsanto pledges to conserve resources, lessen habitat loss and improve water quality.” Included in the corporation’s method to fulfill this commitment is “reporting of eco-efficiency data in the U.S. and other leading countries as available.” Well, maybe they should report this: a peer-reviewed scientific study conducted by genetic engineer and researcher Jack Heinemann, recently published in the  International Journal of Agricultural Sustainability. The conclusion? “Productivity gains in Europe are taking place while the continent is simultaneously ratcheting down its use of pesticides.  Relative to other food secure and exporting countries, the U.S. agroecosystem is not exceptional in yields or conservative on environmental impact.”  This thorough review of agricultural data from 1961 to present is squarely at odds with Monsanto’s claims in a number of areas. Capitalizing on the fact that most aspects of agriculture are similar on both sides of the Atlantic—save for the use of GMO seeds—the study painstakingly compares corn, wheat, and canola crops in the United States and Canada (both early adopters of genetically engineered seeds) with the same grown in Western Europe. It was able to isolate whether crop yield increases were a result of genetic engineering technologies or conventional crop breeding methods such as hybridization, which do not involve the splicing of DNA from one species into another.

Heinemann’s report concluded: “Despite the claims that GM might be needed to feed the world, we found no yield benefit when the United States was compared to W. Europe, other economically developed countries of the same latitude which do not grow GM crops. We found no benefit from the traits either. GM crops have maintained or increased U.S. pesticide use relative to equally advanced competitors.”  It goes on to credit Monsanto’s Roundup Ready and Bt crops grown in the U.S. as “responsible for the selection of glyphosate-tolerant weeds (on between 6 and 40 million hectares in the United States),  for the emergence of  resistance against the Bt insecticide, and (for) novel mechanisms in insect pests.”  In addition, the report states that crop diversity in germplasm is declining in the U.S. commercial sector.

I’ll be looking for this research to be posted on Monsanto’s website any day now.  After all, they pledged.

Shicana Allen has been a health, environmental, and food safety advocate, writer, and public speaker for over 20 years.