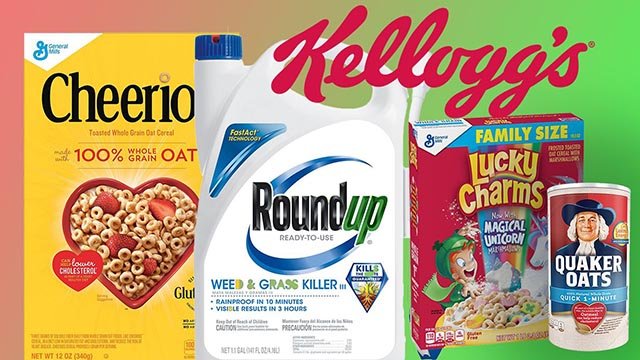 The report shows that the EPA ignored a large number of peer-reviewed independent studies that link glyphosate to cancer in humans, instead using research paid for by Monsanto to support the agency’s position that glyphosate is not carcinogenic.

In contrast, in 2015, after reviewing extensive U.S., Canadian and Swedish epidemiological studies on glyphosate’s human health effects, as well as research on laboratory animals, WHO’s International Agency for Research on Cancer, or IARC, classified the chemical as “probably carcinogenic to humans.”

“IARC’s evaluation relied heavily on studies capable of shedding light on the distribution of real-world exposures and genotoxicity risk in exposed human populations, while EPA’s evaluation placed little or no weight on such evidence,” wrote Charles Benbrook, Ph.D., the author of the new study.

As the new study details, the EPA relied largely on studies paid for by Monsanto and other agrochemical companies, ignoring the large and growing body of independent research connecting the chemical with genotoxicity.

Genotoxicity is the damaging effect a chemical can have on DNA, triggering mutations that can lead to cancer. IARC scientists reviewed 118 different assays and found strong evidence that glyphosate may cause genotoxicity.

The EPA’s assessment included fewer than half of these studies, allowing the agency to express its position that glyphosate is “not likely carcinogenic.”

Since the IARC assessment, an additional 26 of 27 published studies have reported evidence that glyphosate can be genotoxic. In 2017, glyphosate was listed by California’s Office of Environmental Health Hazard Assessment as a chemical known to the state to cause cancer.