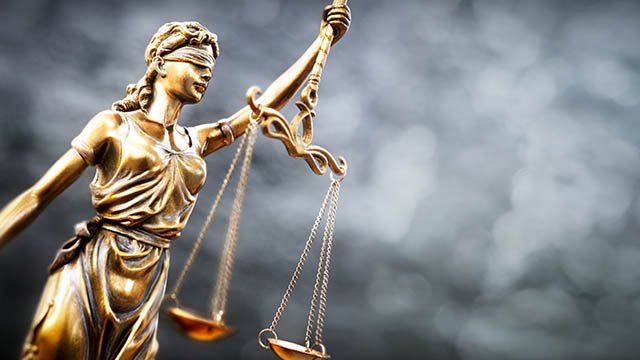 This is Jeffrey Smith, and I’m speaking on Instagram and Facebook Live and we’re describing an appeals court decision we have been waiting for. We can now breathe out. Lee Johnson, the first plaintiff to sue Monsanto for Non-Hodgkin’s Lymphoma. He was a groundskeeper at a Benicia School District in the Bay area in California, and he got terminal Non-Hodgkin’s Lymphoma. So they rushed his case to court, so he could get justice before he died. And Monsanto, which is now owned by Bayer, has been saying all along that science is on their side, that the juries were just moved by emotional arguments and that science will win the day. Well, let me read you this. This is what the appeals court said this week. They said, “In our view, Johnson presented abundant and certainly substantial evidence that glyphosate together with other ingredients in Roundup products caused his cancer,” applause, please.

Thank you. They said, “Expert after expert provided evidence both that Roundup products are capable of causing Non-Hodgkin’s Lymphoma and caused Johnson’s cancer in particular,” you remember some earlier Facebook Lives. We talked about how he ended up being drenched by Roundup. He was spayed with his sprayer. He sprayed around 150 gallons a day. The hose broke and he got drenched another time he was carrying a sprayer on his back and he got soaked. He would regularly get mist all over his body. He contacted Monsanto and said, “I have a rash. Is there any possible way that it’s causing me a rash?” And then he got Non-Hodgkin’s Lymphoma and he asked if there was any possible way that it’s causing the Non-Hodgkin’s Lymphoma. And they did not tell him that the World Health Organization’s chief group had declared glyphosate as a probable human carcinogen.

And so he continued to spray and his disease got worse. It shifted to a deadly version, and now he has a terminal case. So they also said, “Punitive damages were in order because there was sufficient evidence that Monsanto acted with willful and conscious disregard of other safety.” They see it, it’s clear. And as you know, there are 100,000 people, maybe 125,000 people that are either suing or waiting for a settlement from Bayer/Monsanto, which they announced recently. I’ll tell you more about that in just a moment. Now, there was one negative ruling and it makes me sad because I want Monsanto/Bayer to pay as much as they could possibly have to pay. I wouldn’t mind seeing them go out of business.

Originally the jury awarded $39 million for compensatory damages and $250 million for punitive damages. And this was reduced to $78 million by the judge. There’s some law in California that you have a certain amount of balance between the punitive and the compensatory. And so he actually made it the same. I was there in the courtroom when Brent Wisner asked for the amount of money that he asked for. He counted the expectation of how long Lee Johnson was supposed to live. There’s a quote here from Robert Howard, who was a member of that jury. Robert has a blog, a guest blog at Glyphosate Girl Blog. And he was told that they could pay for the loss of enjoyment of life. So they interpreted it as how many years he would have lived. Had he had the normal life expectancy, which is he would have lost 33 years of life in a healthy life. There is a California law

(this is unfortunate), that his short life expectancy means (legally) that future non-economic damages have to be reduced, because you can’t pay for someone’s missed years. So, if they’re expected to die sooner, they make less money. I know, Brent Wizner who was there, who was the main guy, you may have seen him and me on The Doctors TV show and 2018, I think, he said, “This is a deep flaw in California law. Basically, California law does not allow a plaintiff to recover for a shortened life expectancy. This effectively rewards a defendant, Monsanto, for killing a plaintiff, as opposed to just injuring him. It is madness.” So, they’re going to see if they may go to the Supreme Court of California, if there’s another appeal. And then hopefully they will overturn this madness.

What it meant was instead of getting paid $78 million, if Monsanto were to give up and say, “Okay, we’re going to go forward.” They reduced it to $20.5 million, because you can’t compensate Lee for the years that he is no longer living. So instead of making $289 million from the jury or $78 million from the judge, he will get $20.5 million-plus 10% interest based on the date of the jury verdict. Monsanto may appeal it to the next level. I haven’t heard whether they’re going to or not, but they usually do. We’ll see if the Supreme court allows Lee to recover more. I’ve been on stage with Lee. He’s an amazingly beautiful man and I’m sure he’d be happy to receive any amount that he can use to support his family. I would like him to receive more personally and I think you do too, now.

There’s more good news from the courts. How often does this happen? Good news from the courts, almost an oxymoron. The same judge that did the Lee Johnson trial, Vince Chhabria, rejected a settlement concoction or plan that was concocted that was horrible. You see, there were these main attorneys that have been running the show on this, and then there are these other attorneys that collect all of these plaintiffs through these massive TV shows, TV advertisements, and they’re organized. This is so lawyer-like. They organized a deal with Bayer/Monsanto to basically protect Bayer/Monsanto’s interests. After the first settlement of let’s say 75 or 85,000 plaintiffs, these lawyers concocted a plan or took Bayer’s plan to create a scheme where no other trial would go forward for four years. They’d have a scientific panel of five people.

Bayer would choose two, the lawyers would choose two and those two would choose one other. And they would decide, on their own over a certain period of years, whether Roundup causes Non-Hodgkin’s Lymphoma. And if it did, then the trial can go forward, but it could not offer punitive damages, so it would be a lot less expensive for Bayer. And if they did find that it didn’t cause Non-Hodgkin’s Lymphoma, there could be no more lawsuits. And, the lawyers that decided to work out this deal with Bayer, were going to receive $150 million to screw the future plaintiffs, to mess them up completely, so they can’t receive their day in court. There was a lot of opposition. A lot of the attorneys were quite upset with this and they wrote letters to judge Chhabria and he said he’s not going to allow this and he pointed out that science changes. Let’s suppose that this group of scientists in 2023, decided that Roundup didn’t cause cancer, but then new information came out showing that it does. And let’s say after that someone in 2030 decides to sue. Does it make sense? He says, “Is it appropriate to tell them that they are bound by the 2023 decision of the panel because they did not opt-out of a settlement in 2020?”

Ridiculous. This was so interesting that the attorneys were going to make $150 million on this plan. I mean, it’s amazing how creative Bayer/Monsanto is at and trying to figure out a way to use its money to change people’s sense of fairness. It becomes about personal enrichment and it will end up causing harm to other people. It’s amazing. Let me recap. The appeals court upheld the jury decision that Lee Johnson, the first plaintiff to sue Monsanto for their Non-Hodgkin’s Lymphoma causing Roundup. He is entitled to get paid. They have held that Roundup does cause cancer and it caused his cancer.

And that Monsanto willfully acted in misconduct. It’s malicious intent, etc. And that is great news. They reduced the overall amount from $78 million to $20.5 million, not great news. That might get reversed again and increased if it goes to the California Supreme Court. We will see. Another judge denied the scheme to limit the possible plaintiff awards in future Non-Hodgkin’s Lymphoma trials.

It’s interesting, there’s one unanswered question. Bayer offered this settlement of over $10 billion with an understanding that there was going to be this limited ability for them to pay in the future because of this made-up science panel. Now that the science panel has been struck down, are they going to uphold their settlement? You may remember that they offered a settlement and then COVID hit. And then they said, “Well, because of COVID, we’re going to reduce the settlement.”

These guys are horrible. And now the world knows it, the judges know it,  the appeals courts know it and humanity knows it. I thank Lee Johnson on behalf of all of us who have been working to expose Monsanto, his work, his bravery to go through this process while he was sick, caused an alarm bell to go around the world. Not only did the Bayer stock price plummet and remain plummeted, but countries and businesses around the world have jettisoned, glyphosate, jettisoned, Roundup. So I love Lee Johnson, and I really hope that he lives a long time and can receive lots of money from Beyer/Monsanto as soon as possible. It’s good to be giving you this primarily outstanding news today and remember… safe eating.