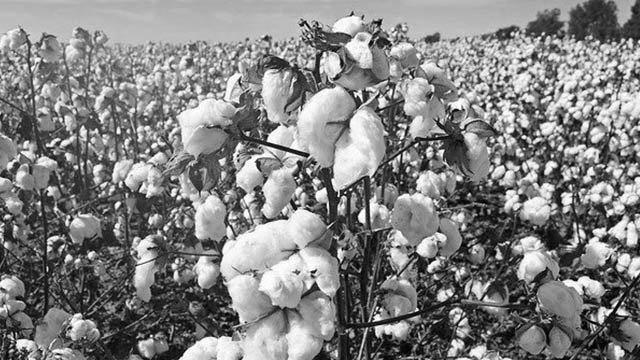 The following are important links Jeffrey talks about in the video above:

This transcript has been edited slightly for clarity

Hi, this is Jeffrey Smith, and I wanted to give you my take on a couple of stories in the news. The first is about research conducted in Mexico. In Mexico, they are the reservoir of cotton’s genetic diversity. In other words, they’ve had cotton plants growing back for between 2-1.5 million years ago, a tremendous diversity of cotton. But around 25 years ago, genetically engineered cotton started being planted in the northern parts of the country. A research team looked at cotton plants native to the Yucatan Peninsula, and they were about 2,000 kilometers away from the genetically engineered cotton, or about 1,242 miles (that’s 2,000 kilometers so nearly that). They checked 61 plants. Twenty-four of the plants did not have contamination from the transgenic plants. In other words, most of them actually had been cross-pollinated with genetically engineered genes from the GM crops that could have been 2,000 kilometers away.

This of course is a tragedy on its own, but when you look at what the transgenes did to the crops, to the wild cotton, it’s not only surprising to scientists–it’s unprecedented. It demonstrates how utterly tragic it is, what we don’t know about GMOs and their impact on ecosystems.  Twenty-one of the so-called wild cotton plants were Roundup Ready, meaning they had genes from Roundup Ready cotton. Seven were Bt cotton crops. In other words, they got genes from crops that produce their own insecticide that kills certain insects. Nine of the wild plants were both Roundup Ready and Bt toxin. So that’s 37 plants: 21 with glyphosate only, seven with Bt toxin, and 9 with both. When they tested the plants, (they put some stress-inducing chemical on them) the plants that were Roundup Ready (resistant to death by glyphosate) and produced a lot less nectar.

Nectar is a sugary snack, and usually, when the plant is being bitten, it secretes this sugary snack for certain ants to come, a particularly aggressive ant species. The ants protect the cotton from additional problems. So it’s like a negotiated trade: the ants get the nectar and the crop gets to survive. When it survives, it can produce more nectar for the ants. With the Roundup Ready wild plants, there was very little sugary snack for the ants, and so there were no ants to protect the cotton from the hungry herbivores, and these plants suffered the most damage. The plants that were the Bt crops, engineered to produce their own toxic insecticide, they were exuding nectar all the time. Remember, typically the plants exude nectar when they’re being bitten or there’s a problem. We don’t know exactly why the Bt toxin incorporated wild cotton plants were producing the nectar all the time.

Maybe they were in a state of stress, but when that happened the ants came in large numbers. When they came in large numbers, they interfered with pollination from other insects coming, because they wouldn’t come if there were always ants there. This may explain why there was less of the Bt wild cotton, because it may be that it wasn’t surviving well, it wasn’t reproducing well because it wasn’t getting the pollinators to come because it was putting out so much of the sugary snack for the ants, that the ants were there all the time eating it. These again were very aggressive ants. Now, Norman Ellstrand, who’s an evolutionary biologist at UC Riverside, said: “It’s the first case that really suggests that a whole ecosystem can be disrupted.” That’s when after a transgene enters a wild population an entire ecosystem can be disrupted.  Planting GMO cotton in Northern Mexico disrupts an entire ecosystem nearly 2,000 kilometers away. As Alicia Mastretta-Yanes, said, the unexpected outcomes “were never imagined, or at least were not assumed as possible.” No one pays attention to these things. In fact, there are very few studies that test the unanticipated consequences in natural ecosystems. Some will do it in very controlled environments but very few, if any, look at gene transfers in natural ecosystems.

The second report I want to share is about a CRISPR gene-edited tomato in Japan. In January, Japan granted approval for the first CRISPR tomatoes to be used in food production. This by itself is a tragedy, a disaster. I don’t know if the US imports any tomatoes from Japan, so I don’t know if we are at risk here. I would imagine it would be unlikely to import whole tomatoes, but maybe some tomato in crops or in products. This tomato is engineered to produce a much higher concentration of a plant compound called GABA. If I could think of the highest stupidity of engineering tomatoes, this would be an example of one, because GABA actually affects our physiology. It can cause lower blood pressure. It can diminish the transmission of specific signals in the central nervous system.

The subtitle of this report by Test Biotech was: “Point Mutations Turning Food into a Sedative.” If you happen to not want to be sedated by GABA, you wouldn’t take it, but you might accidentally eat a tomato that’s producing GABA. GABA actually does a lot of things for a plant, and it’s possible that it can affect many aspects of the plant. The concentration of GABA is enhanced in plants attacked by pest organisms. We just heard about the cotton where the secretion of a sugary snack for ants was enhanced when it’s attacked by pests. Now we have GABA that’s being produced at a higher concentration in these tomatoes, and that’s just one of the things we know about GABA and tomatoes.

It has a multifunctional role. So it’s possible that the changes in the plant can cause unintended health effects for those of us who eat it at different times, and the plants can show unexpected reactions to environmental stress–which can again have an impact on food safety.

Now let’s combine the two stories. The company in Japan is giving away seeds for this sedative tomato to people in Japan so they can plant it. So they’re going to lose track immediately of where the seeds go, of where it’s planted, of where the planted seeds go. I remember in the United States there was a laboratory that was giving away seeds of non-genetically engineered tomatoes for a long time until it was accidentally discovered that they were genetically engineered tomato seeds. Contamination can happen by wind. It can happen by human error, by transportation. It can happen on purpose. So these seeds in Japan may find themselves planted in the United States. Whether it’s legal or not to take seeds from Japan, it’s not necessarily going to stop it from happening. What’s to say the result will be when it pollinates tomatoes that are either used for production or the wild relatives? We saw that the cotton pollinated wild relatives over 1,200 miles away, changing the ecosystem, disrupting the ecosystem. What happens if natural tomatoes start producing GABA? What happens if that trait becomes placed in a lot of different tomatoes and concentrated in tomato sauce? We may have changes in our central nervous system, our blood pressure, amongst other things from this, and never know that it was the tomato that caused it. For some, it may be life-threatening. We don’t know. This is the insanity we’re facing, where the routers, the promoters of CRISPR tomatoes in Japan, pay no attention to the kind of ecosystem disruption that happens in Mexico, pay no attention to the maldistribution of seeds in the United States, pay no attention to the decades of side effects from genetic engineering and the years of side effects recorded from CRISPR and other methods of gene editing,

And you’re feeding it to people without even telling them that it’s genetically engineered and it might change their blood pressure.

I just wanted to share these are examples of why we need to support the Protect Nature Now campaign because we want to protect against ecosystem collapse, against permanent corruption, and replacement of the gene pool. We need to lock down GMOs and gene-edited products, particularly among the microbiome kingdoms, immediately.

So that’s my take for this week’s news.