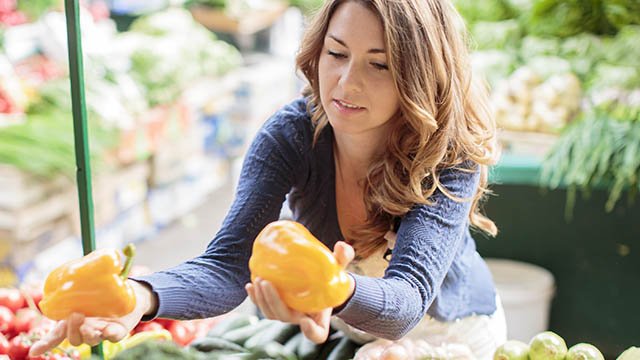 The following are important links that Jeffrey talks about in the video above:

This transcript has been edited slightly for clarity

Hi everyone. This is Jeffrey Smith, and I have some amazing news that we can all celebrate: 48% of people worldwide believe that genetically modified foods will mostly harm them during the next 20 years, while only 21% say that GMOs will mostly help. This is outstanding. Despite the billions of dollars that are being made by the biotech companies and the hundreds of millions they have spent to try and convince the world that GMOs were safe and would feed the world, we have prevailed in sharing the truth. This is a Gallup Poll conducted in the second half of 2019, just released. It’s called the World Risk Poll. It was based on a hundred interviews with 150,000 people in 142 countries. They found out (which I would predict) that people in high-income countries were more skeptical. More believed that GMOs would mostly harm over the next 20 years–57% of people.

They also tested people’s general reaction to worry about food safety and there was a group that they had identified as “very worried” that the food that they eat (whether it’s genetically engineered or not) would cause them serious harm. Of this group who were very worried about the safety of food, you would guess that more of them were worried about GMOs — 74%. Three-quarters of the people who were generally worried about food safety believe that GMOs would be most harmful in the next 20 years. Now get this: there’s a group that was not worried at all about the food that they ate. You would guess that less among them would be concerned about GMOs, but still, 45% of those who were not worried at all about the food that they ate, believe that GMOs will mostly harm people in the next 20 years in the high-income countries.

When you get to the low-income countries, it’s different. For the people that believe that GMOs would help people in their country, in the low-income it was 43% compared to 22%. Let me break it down for you.

There are a lot of reasons for it. The Gallup people have their interpretations. One of my interpretations is this: we haven’t been effective at getting information out into the lower-income countries as much—“we” meaning the whole GMO movement. I remember speaking to a delegate to the Arcata HEDA Protocol Conference on Biosafety, a UN conference maybe 15 years ago. And I sent him my book, Seeds of Deception, and he read it. I met him at the conference and he was astounded. He said, “Your book will change the world. Once you read it, you can never go back. But no one in Africa has access to the information. We only get the information from the United States government and the biotech industry.” Of course, he asked me to come and give a Pan-African tour, which we haven’t done yet. It would be great to do, but it does show that it really depends on when the information gets out.

When the source of information includes those other than the biotech industry or their enforcement wing in Washington/the US government, then people will start to question. I remember visiting Croatia and my book Seeds of Deception was published in Croatian.  I gave several talks there on a tour. Years later I met with their equivalent of the head of the FDA, who was visiting the United States.  I showed him the book that I had published in Croatian. He goes, “Oh, you’re the guy! You’re the guy that came. Before you showed up, none of us in government had even had a thought that GMO foods could be harmful.” So it’s interesting, just a single visit, a single book, has so much impact. It has been my pleasure to visit 45 countries and to see the impact that the truth has in these countries and the politics and the people.

I can tell you story after story. For example, I was interviewed in South Africa, I think it was 2005, and I mentioned that this was an economic issue, not a health issue. I said, “It’s crazy that you guys should feed your animals GMO feed and then export it to Europe because there are some very high-end European retailers who’ve already committed to only feed to their customers the meat from animals not fed GMOs.” This was published in their version of the Wall Street Journal. Within three weeks the government suspended all imports of genetically modified feed to review its impact on their export economy. I think it was suspended for years. I don’t know what the current situation is there.

I remember the same trip, there was an interview about the genetically engineered Bovine Growth Hormone, which is injected into cows to increase milk supply, not yet banned in South Africa.  I know that there are three Monsanto scientists–I was told by a former Monsanto colleague of theirs–that did the research on the milk from cows treated with their Bovine Growth Hormone, that found so much cancer-promoting hormone in the milk called IGF-1–the three Monsanto scientists stopped drinking milk unless it was organic. One bought his own cow! So, I gave an interview and introduced a local South African expert to give an interview. It was picked up–I think it was called The Star–and it was called “Cancer in Every Drop” – about milk and it was picked up by all the tabloids, all over the country.  They put the phone number of the South African Dairy Processors Association in the article, and they got swamped with calls. They said, “We’re not in favor of it,” and then the two top retailers also came out publicly and said, “We’re not in favor of it.  We don’t use it.” One single article can alert the world.

It was Europe that was covering the issue of GMOs while the US was silent. There were 700 articles about GMO safety in 1999, after Árpád Pusztai’s gag order was lifted and he could talk about how generically the process of genetic engineering caused damage to his rats. This is in my first chapter of Seeds of Deception, and it was not covered at all in the United States. So you wonder why Europe’s numbers are higher…it’s because the information was spreading there. And I’m not the only one that made this conclusion. The late Michael Meacher, who was the former UK Minister of Environment–he was a dear friend–he wrote the foreword to my book, Genetic Roulette. We were speaking together in Australia and someone from the audience said, “Why do you think that Europeans reject GMOs more than people in the US?”  He said, “Because they know about them. It’s not covered.”

This is the importance of getting the word out and we need to keep getting the word out. But first of all, we can all pat ourselves on the back for this incredible news. I have been waiting for a global survey, and this is so–as I said in the beginning–deeply satisfying. It also helps me personally, because if you’ve been following our work, you realize that IRT is pivoting. We pioneered the information, the behavior change messaging about the health dangers. When I started, no other non-governmental organization was focusing on the health dangers. There were basically three or four sentences, max. They would say: “There are no long-term studies. We don’t want to be considered Guinea pigs. And the process could create allergies, toxins and anti-nutrients.” The fourth sentence among some more sophisticated groups was that it “might create antibiotic-resistant diseases.”  That was the end of the argument.

I realized that was our movement’s weakness–not to focus on the Achilles heel of the biotech industry: consumer awareness about health. So we pioneered that. We pushed it. We trained 1,500 people to speak about it and organized over 10,000 activists. I gave a thousand lectures in 45 countries, a thousand interviews.  Four movies later, and all these other groups are now talking about it, and all these great writers write about it/. We have basically the numbers, which spell a tremendous success.

This is very serious because gene editing is so cheap and easy. You can do it in your own basement for a $169 do-it-yourself kit. For $2,000 you can get a little micro-lab and start releasing lots of organisms and changing the gene pool forever. It’s like the guy in the committee in Victoria, Australia that released 24 rabbits on Christmas Day in 1859. And by the 1920s, there were an estimated 10 billion rabbits that still cost Australia $600 million a day.

Imagine replacing or adding–not just one species to an ecosystem–imagine replacing every species. It’s that simple. Well, it’s going to be that simple if this technology continues to be used. So we’re pivoting at IRT and focusing not on consumer health of GMO food as our primary reason for being. We are wanting to stop the replacement of nature, the widespread introduction of thousands or tens of thousands or hundreds of thousands of GMOs into the environment, where they will irreversibly replace and corrupt the gene pool.

We can do that now with greater confidence, knowing that our work and the work of our colleagues around the world have been so successful. There is momentum among the information that we and others have created and gotten out. And we can now safely move on to the existential threat of the replacement of nature by little genetic time bombs, the products of laboratory creations with a technology whose most common result is surprise side effects.  I want to thank these poll takers, Gallup and the World Risk Poll, for giving us this greater confidence that our decision to pivot is supported by global figures. We knew supporting the United States and other polls had 51% of Americans who were concerned about the health of GMO foods. It was a slightly different question, similar results to this poll, but now we know it’s worldwide.

Please join us at IRT, if you’re not already subscribed. If you have friends that can subscribe, tell them because we’re going to be launching a global movement at the beginning of 2021 to help protect all living beings and all future generations. But in the meantime, let’s celebrate this news.