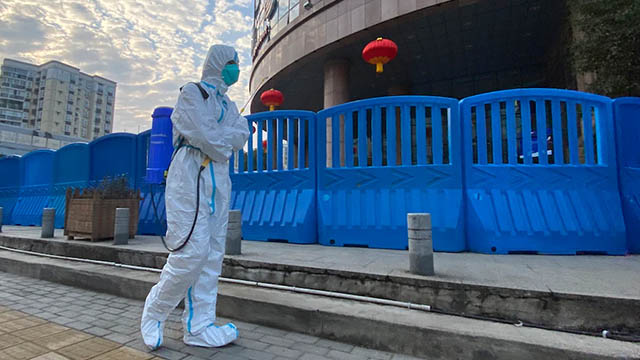 Originally posted by The Washington Post on September 21st, 2022: https://www.washingtonpost.com/health/2022/09/21/pathogen-research-lab-leak-coronavirus/

Biosecurity advisers to the federal government are calling for tighter scrutiny of experiments with potentially dangerous viruses and other pathogens, reflecting an ongoing debate within the scientific community over the benefits and risks of such laboratory research. This contentious issue has become even more rancorous amid speculation that some kind of “lab leak” might have played a role in the origin of the coronavirus.

The draft recommendations from members of the National Science Advisory Board for Biosecurity, which met Wednesday to discuss the policies, do not address the pandemic’s origin. Nor is there any direct reference to the coronavirus.

But the first recommendation clearly carries the signature of the pandemic: The external advisers urge the government to broaden its definition of the kinds of experiments that require special reviews and safety measures.

Current policies cover pathogens that are “likely highly virulent” — that is, extremely deadly. But the advisers say this fails to cover pathogens that don’t meet that threshold of deadliness, yet “pose a severe threat to public health or national security if the pathogen was capable of wide and uncontrollable spread in human populations.”

That is a fair description of the novel coronavirus, SARS-CoV-2, which is far less lethal than viruses such as Ebola but is extraordinarily transmissible.

A science in the shadows: Controls on ‘gain of function’ experiments with supercharged pathogens have been undercut despite concerns about lab leaks

During a brief period for public comment Wednesday, Rutgers University professor Richard H. Ebright provided a litany of what he said were defects in the existing policies, including a lack of transparency, a failure to review many risky experiments, and a lack of enforcement. Research conducted by privately funded institutions is not covered by the policies, he noted.

“If we over-regulate in the United States, all it will be doing is pushing unregulated or non-regulated research overseas, and we have to deal with that issue,” said retired Rear Adm. Kenneth Bernard, formerly with the U.S. Public Health Service, another board member.

Wednesday’s meeting was the first chance for the full board to discuss the draft recommendations — as well as the first opportunity for the public to weigh in. Final recommendations from the board are not expected for months, and top federal officials will ultimately decide on the policies.

The National Institutes of Health earlier this year charged the biosecurity board with revisiting the framework for risky research involving “enhanced potential pandemic pathogens” and, separately, “dual use research of concern,” which involves pathogens that could be weaponized.

This is not a crackdown on research so much as a refinement of the existing biosecurity framework, said Lyric Jorgenson, acting director of the NIH Office of Science Policy.

“We’re attempting to capture the best balance of preserving the benefits of research and minimizing the risk,” she said.

Pathogen research was a thorny debate even before the coronavirus pandemic. Scientists who study pathogens contend that they are doing lifesaving work by studying and in some cases manipulating pathogens that could pose a threat if they evolve into more transmissible or lethal forms. But critics fear that some of that research could inadvertently spark an outbreak or be exploited by malicious actors seeking to make bioweapons.

The scientific community wrestled with biosafety and biosecurity issues more than a decade ago in the wake of what some scientists thought was overly risky research on the influenza virus. Much of the criticism focused on fears that knowledge gained by such research could fall into the hands of terrorists seeking to make bioweapons. The federal government subsequently developed a framework for subjecting certain kinds of experiments to special oversight.

But critics of “gain of function” experiments have continued to characterize the oversight as inadequate and point to a lack of transparency in the review process. That contention gained intensity amid conjecture that a lab leak played a role in the pandemic’s origin.

There is no hard evidence that SARS-CoV-2 came out of any laboratory. Many prominent virologists who study the virus and have published peer-reviewed papers on the pandemic’s origin say the evidence points overwhelmingly to a natural spillover from animals sold in a market.

The debate hinges to a great degree on geography. A major research facility that studies coronaviruses, the Wuhan Institute of Virology, happens to be located in the city where the outbreak began.

Chinese scientists have said they never had the virus in their laboratories. Promoters of the lab leak theory note that the Chinese government has been generally uncooperative, stiff-arming international investigations. Chinese officials have also floated far-fetched theories of the pandemic’s origin, saying the virus probably came from outside China, possibly from a U.S. military laboratory.

Historically, most pandemics have come from pathogens jumping into humans from an animal host. Such zoonotic spillovers have produced HIV, Ebola, Zika, influenza and hundreds of other diseases. The 2002 SARS outbreak began in China through a natural spillover from animals sold in markets there. The novel coronavirus circulating today is so similar genetically to the original SARS virus that scientists decided to give it a derivative name.

In the early days of the pandemic, some prominent scientists who examined the genetic features of the new virus thought that it might have been produced through laboratory manipulation. But they soon concluded that those features could easily have resulted from natural selection. An influential paper published in the journal Nature Medicine in early 2020 declared that the virus was not engineered. While the scientific community is not monolithic on the issue of the pandemic’s origin, many virologists think this one began like so many in the past — through a natural spillover.

Two papers published this summer in the journal Science presented evidence that the epicenter of the pandemic was a market in Wuhan that sold live animals capable of being infected by, and transmitting, coronaviruses. The authors of the papers highlighted the concentration of early cases in and around the market, including among vendors who worked there. Many environmental samples of the virus were found on surfaces in the area where animals were sold and butchered, the scientists wrote.

But the authors of those papers acknowledge that there remain many unknowns, such as which animals carried the virus and where the animals came from.

Some researchers have fired back against promoters of the lab leak theory, saying unfounded accusations against scientists are endangering public health.

“Sowing distrust in evidence-based inquiries destroys opportunities for international collaborations that are essential to this work,” scientists Angela Rasmussen and Michael Worobey wrote recently in Foreign Policy. “Biosecurity cooperation, once a relatively bright spot in U.S.-China relations, has been effectively destroyed.”

David Relman, a Stanford University professor of medicine and former member of the biosecurity board, said in an email Wednesday that the most critical issues — the management of risks in the life sciences and transparency of the oversight process — are independent of the debate over the origin of the pandemic. “We do not have any of this figured out yet, and the clock is ticking,” he said.

Robert Garry, a virologist at Tulane University, said he would support a ratcheting up of biosafety requirements for certain experiments. But he said he thinks the research community has been careful and pointed out that people working with pathogens have a personal interest in biosafety. For them, he said, it’s a life-or-death matter.

“We’re not opposed to the regulations. We need to know what the rules are. But don’t shut us down,” Garry said. “This work needs to be done.”